Bad feelings, it should come as no surprise, are not good for us. Anger, resentment, bitterness, even hate are all human emotions – they are emotions, so they are human – but we are told they are not healthy emotions, and surely, in time, in the experience of them, we feel that they are not healthy. Neither do bad feelings make a good impression. Angry, resentful, bitter, hateful people are not attractive people. This is one reason why at their not infrequent worst Tea Partiers and Town Hall criers and accusers have found so little sympathy from those not their like – they are ugly.

Yet none of this is to say that these emotions are not at times, in response to circumstance, normal emotions. Any therapist will tell you that. A friend or mate has betrayed you, a stranger harmed you or a loved one. Of course, you are angry. Of course, you are resentful. Don’t beat yourself up about that too. What is necessary, desired, in time,

is that we (ah, some of my favorite jargon) work through these bad feelings, process the feelings, resolve them – because who does not know from experience that in the end it is the person feeling the hate who suffers from it. Long before there was the therapist’s couch there was the Revenge Tragedy, and every Death Wish avenger is meant to keep Hamlet’s body count in mind.

Naturally, again, life being real, and not a perfect course of psychotherapy or the ideal received instruction in life from literature, many of us will not completely resolve all of our bad feelings. We will carry some with us, and hope to do it manageably and with as little harm to ourselves as possible.

One form of management, in genuine resolution or its failure, is rejection. Of the person who betrayed us, whether we forgive or forget – ah, so neat in the formulation and contrast – or if we do not, we may want nothing greater to salve our hurt feelings than the person out of our lives, the reminder of our pain removed from us. Certainly, we prefer him not to move in next door.

Nonetheless, we know that these bad feelings do not show us at our best. We keep them, often, to ourselves, or share them privately, with trusted friends or family who will understand this human weakness,  this failure always to be our noblest selves – to embrace in the purest Christian ideal the repentant murderer of our child – this natural course of our emotions that does not dress itself for public display.

What complicates yet simplifies, both degrades and makes demands on all this that is messily human is when we politicize emotion. This is what has been done in the matter of the proposed mosque, Cordoba House, in lower Manhattan, near Ground Zero, and as I suggested yesterday the political lens through which this issue is being viewed and projected by some is one in which framing, focus, and foregrounding alter perception so markedly that contrary views are not represented honestly.

Since most people are uncomfortable publically voicing unpleasant feelings, those who do so more readily become a kind of human manifestation of anger – the living emotion burst through the suppressive barrier of civil decorum. So we get angry, shouting participants at community board meetings, and one of the worst of all faces for the Tea Partiers, Mark Williams, becoming a poster child for opposition to the mosque. Yet a blurred element of the story, well in the background of the angry faces, is that in the merely advisory local community board meeting vote of 29-1 in support of the mosque there were 10 abstentions. Some board members who abstained wished to delay the decision, they said, to learn more about the project, while some told the Daily News that they opposed the project but did not want to come out publicly against it.

What a large liberal constituency has done is frame the issue, politically, as one of tolerance versus bigotry. From Talking Points Memo, to CNN, to Brian Lehrer on WNYC in New York, there is either an outright portrayal of mosque opponents as bigoted and intolerant or, in the Lehrer instance on radio, so gentle and wise an advocacy of mosque support as itself tolerant ecumenism that despite repeated invitations to callers, only one thoughtful soul betraying the stereotype braved the opportunity to offer a different perspective. But very reasonable and normal, different perspectives there are, and we need to consider why supporters of Cordoba House appear unable to frame them even if they disagree. 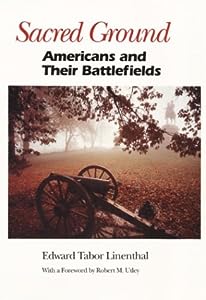 Ground Zero is such a momentous location that though no literal fighting occurred there, it is in the public imagination the equivalent of a battlefield. Edward Linenthal, in Sacred Ground: Americans and Their Battlefields has written about the role of five significant battlefields in history and imagination. As recently as the late 1980s and early 90s – nearly 50 years after the attack, 45 after the war’s end – controversy ensued over plans by the National Park Service to include Japanese artifacts in displays near the Pearl Harbor memorials. War – engagement in it in horrific combat, the loss in it of loved ones, the belief during and after it in the justness of one’s cause – produces feelings that some people struggle a lifetime to overcome. It may be commentary on the nation we have become and the position that the military holds, or does not, in our society now, that an extraordinarily salient consideration has been absent from every discussion of the mosque I have read or heard.

While in contrast to Pearl Harbor 9/11 is fewer than ten years ago, the war that followed from it, for which the 9/11 attacks were the inciting cause, is still going on. American fighting men are dying every week in conflict with varied forces of the darkest, most inhuman ideology in our world today. How easy it is, so divorced are we from that brute reality, to forget that part of the reality. And under those circumstances, people who need no greater personal connection to Ground Zero than that they are Americans who abhor what was done there, and why, and by whom are caricatured for political purposes as bigots. Did anyone ask Americans in 1950, or while the war still was fought, to accept any kind of Shinto shrine to world peace and brotherly and sisterly love at Pearl Harbor? Are we a better people that we would ask that now, blind even to the comparability?

Recall that when Michael Dukakis was asked in that presidential debate in 1988 whether he would favor capital punishment were his wife raped, his passionless answer was roundly criticized. Everyone knew what he believed as a matter of policy, but he was asked a question about his wife, and he did not permit himself to feel. Supporters of the mosque focus on the liberality of mind, the tolerance, the political acceptance of Muslims, the transcendence of bitterness and hate. All noble and good. But maybe not yet, if ever – and whose transcendence are we talking about?

Imam Feisal Abdul Rauf, the prime force behind Cordoba House repeats that the idea is to honor what happened at Ground Zero, to “bridge the great divide,” but if many of the recipients of the honor you propose do not feel honored, why push it on them? Why the investment in having this center at Ground Zero? To serve whose interests? There are countless ways that American Muslims can try to demonstrate their separation from the ideology and actors that produced 9/11. Why poke around in the sensitive heart of people’s wounds? Where, to speak of the more admirable human qualities, is the sensitivity in that?

The Imam himself has said

Religion did not separate the victims on that terrible day. Whether Protestants, Catholics, Jews, Muslims, Hindus, Buddhists or any other faith, all of these people made up the fabric of New York. They all died together….

We believe that people of good faith can use the common core of their religions to find solutions to problems that will let them live together….

A better monument might be one that does not aggravate the wounded feelings of the victims’ families.  A better monument might see the Imam lead – in the non-violent sense we hear so often is the true meaning of the word – jihad against the hate-filled, inhuman expression of his religion that are Al-Qaeda and the Taliban, Hamas and Hezbollah, the Muslim Brotherhood and the Iranian theocracy and all their like organizations. And if the idea is to create a space where

I propose the following. The deeply, institutionally religious of all faiths, those such as the Imam, are great preachers of the universal godly love their religions have to offer. Privately, we know they have offered many people solace and courage against the losses of this world and the fears of what may lie beyond. Communally, they have

offered rewarding and reassuring fellowship. Publically, however, the world’s great religions have been among the greatest sources of divisive hate and destruction in human history. From the era of the great Crusades, to the wars and bloodletting of the Protestant Reformation, to the panoply of historical religious persecutions, to the conquest of the Americas and 9/11 itself, organized religions have unleashed a scourge of hatred upon the world to match the love they all profess. Why not, instead of a Muslim center that welcomes all, a truly nondenominational religious center established and endowed by all of the world’s major faiths and dedicated to the study and reflection on this great and sorrowful contradiction in their legacies.

That would be a monument to the lives and deaths of those in the Towers and elsewhere, and there need be no bad feelings, and no politics of image restoration, or charges of bigotry – just a commitment to reflecting on the nature of a spiritual disease that has long beset the world.

Before Abdul Rauf continued his involvement in any project, however, it would be best if he discussed openly his affiliation with the Perdana Global Peace Organization, founded by Tun Dr. Mahathir bin Mohamad, the notoriously anti-Semitic and anti-Western former prime minister of Malaysia, and an organization that demonizes Israel, a perspective shared with the organization that perpetrated 9/11. (H/T Adam Holland)

You may agree with my arguments here, you might not, though I hope that last offers reason to pause and consider. Either way, this subject is more complex, it has more details, than simply a frame offering, sharply in focus, well-meaning Muslims, liberal-minded advocates of tolerance, and simple-minded bigots – with so many other considerations and details excluded from view or blurred into indecipherability.

Until we stop distorting the picture like that and begin to perceive and represent genuine alternative views more honestly, political discourse in the country will be only a phrase.